Version 1.2 is available for classic Skyrim 1.1 for SSE. See both mods on Nexus:

Pharlans are a new playable race complete with animated wings (Courtesy of Anton's animated wings mod) and complete retexture of all models save the hair. This race is my creation and existed long before Morrowind or Skyrim, but I enjoy playing these races in my games so anyone can play them as mods.

Pharlans begin the game with 150 bonus magicka and one half magicka regen rate. They have a spell absorb chance of 70 percent. They are immune to electricity and resist poison and disease.

NOTE: Flight is not currently availalbe in Skyrim Special edition. Everything else is functional, though there's some clipping with the hands, it can be covered by armor.

Flying - The mod does not include flying by default but you can install the flying mod which works just fine with the animated wings. Update for the flying mod

Note that occasionally the wing models will freak out and become invisble at large distances in 3rd person view, but they mostly reappear close up. This can usually be fixed by saving and reloading a few times (especially other savegames). Not saving in third person mode seems to help avoid this. 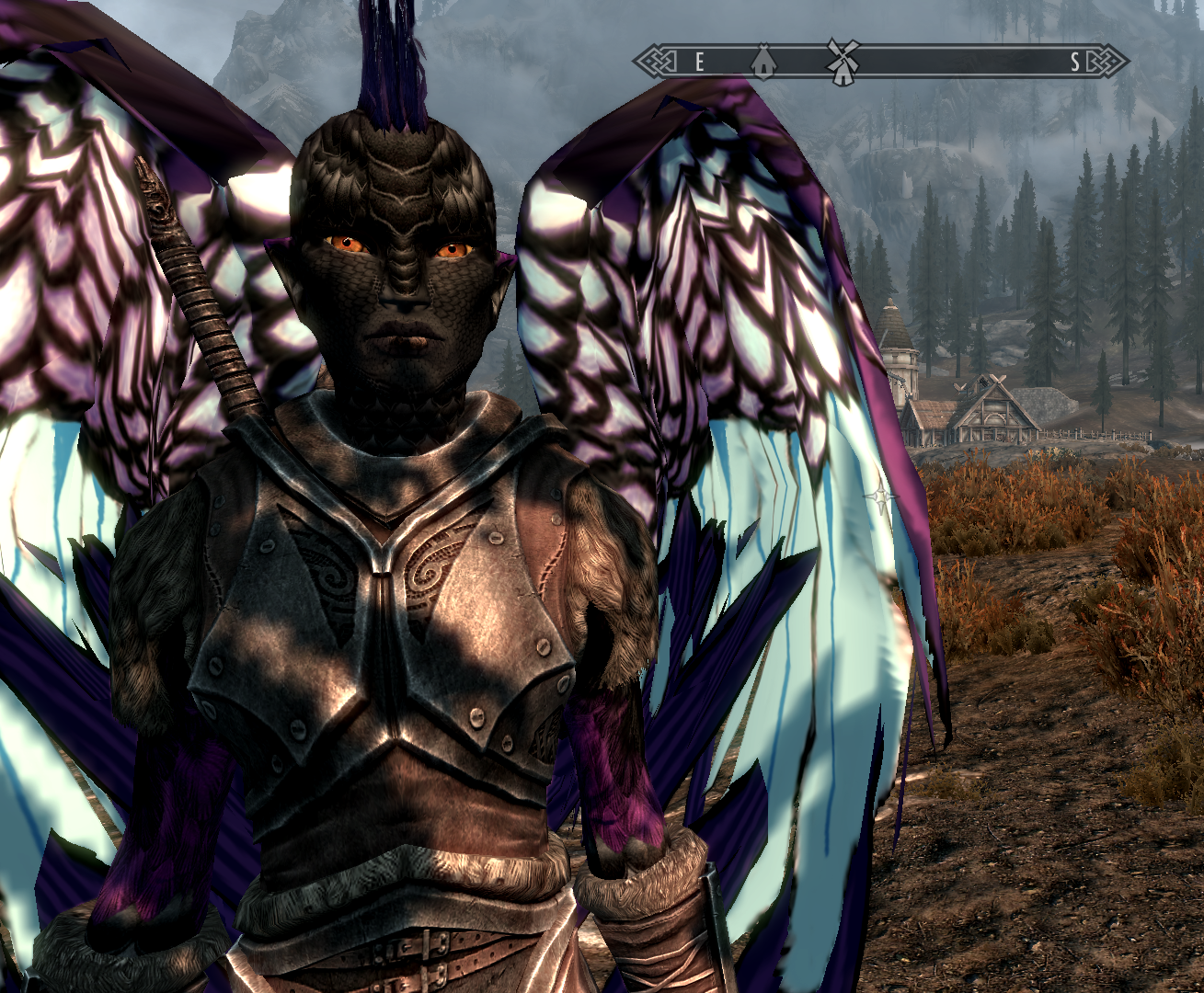 Thanks to all the great model creators, scripting helpers and texture makers that made this mod possible!

The textures come from KZM's textures for the Gadan Pharlan mod for Morrowind. Thanks to her, the body textures and head textures look awesome. :)